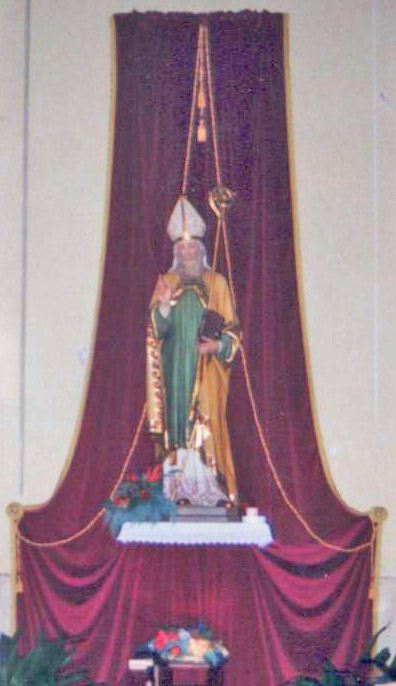 Gotthard was born in 960 at Reichersdorf (Ritenbach) near Niederaltaich in the diocese of Passau. His father was Ratmund, a vassal of the canons of Niederaltaich Abbey. Gotthard was educated at this place, studying the humanities as well as theology, under the guidance of a teacher named Uodalgisus. Gotthard then resided at the archiepiscopal court of Salzburg, where he served as an ecclesiastical administrator. After traveling in various countries, including Italy, Gotthard completed his advanced studies under the guidance of Liutfrid in the cathedral school at Passau. He then joined the canons at Niederaltaich in 990, and became their provost in 996.

When Henry II of Bavaria decided to transform the chapter house of Niederaltaich into a Benedictine monastery, Gotthard remained, as a novice, and then became a monk in 990 under the abbot Ercanbert. In 993, he was ordained a priest, and also became a prior and rector of the monastic school. In 996, he was elected abbot and introduced the Cluniac reforms at Niederaltaich.

He helped revive the Rule of St. Benedict, which then provided abbots for the abbeys of Tegernsee, Hersfeld and Kremsmünster to restore Benedictine observance, under the patronage of Henry II, Holy Roman Emperor.

He became bishop of Hildesheim on December 2, 1022, being consecrated by Aribo, Archbishop of Mainz. During the fifteen years of his episcopal government, he won the respect of his clergy. Gotthard ordered the construction of some thirty churches. Despite his advanced age, he defended vigorously the rights of his diocese. After a brief sickness, he died on May 4, 1038.

Gotthard's successors in the episcopate of Hildesheim, Bertold (1119–30) and Bernhard I (1130–53), pushed for his canonization.[2] This was accomplished during the episcopate of Bernard, in 1131, and it took place at a synod in Rheims. There, Pope Innocent II, in the presence of Bernard and Saint Norbert of Xanten, officially made Gotthard a saint.

On May 4, 1132, Bernard translated Gotthard’s relics from the abbatial church to the cathedral at Hildesheim. On May 5, the first liturgical festivity in honor of Gotthard was celebrated. Miracles were attributed to the relics. Veneration of the saint spread to Scandinavia, Switzerland, and Eastern Europe. Gotthard was invoked against fever, dropsy, childhood sicknesses, hailstones, the pain of childbirth, and gout.

Furthermore, Niederaltaich Abbey made its famous abbot the patron saint of the abbey's well-known grammar school, the St.-Gotthard-Gymnasium.

Gotthard also became the patron saint of traveling merchants, and thus many churches and chapels were dedicated to him in the Alps. His hospice for travellers near Hildesheim (the "Mauritiusstift"), became famous.

According to an ancient Ticinese tradition the little church in St. Gotthard Pass (San Gottardo) in the Swiss Alps was founded by Galdino, Archbishop of Milan (r. 1166-76). Goffredo da Bussero, however, attributes the founding of the church to Enrico di Settala, Bishop of Milan from 1213 to 1230.[2] The hospice was entrusted to the care of the Capuchin Order in 1685 by Federico II Visconti, and later passed under the control of a confraternity of Ticino.